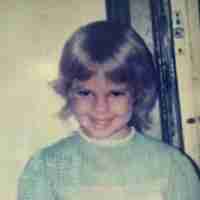 Meghan O’Flynn was born in Detroit, Michigan, back when you could yell “Deeeeee-troit!” and have people cheer. (The Lions used to be good…or so she hears.) Meghan’s early years were spent hidden in her bedroom, devouring book after book from the local public library. When her father became concerned about this, perhaps thinking she was becoming “too serious,” he made her watch Beavis and Butt-Head and later South Park, because though reading is fun, no one sings like Chef.

After heading off to college at sixteen, Meghan found that Beavis was better representative of university students than the folks she read about in novels, and decided that human nature was just as fascinating as The Hobbit. Psychology became her focus.

After years working for community-based mental health agencies, schools, and the veteran’s administration, Meghan moved on to private practice and ultimately became the Clinical Director/President of Clinical Operations for a JCAHO-accredited mental health facility. Though she loved serving the world at large, her creative side needed more. So she picked up a pen. And she hasn’t put it down since.

Meghan’s novels have been sold worldwide to international acclaim. Every book, no matter how dark, has a little piece of her in there—writing has always been like bleeding onto a page.

Meghan has since moved on from the frigid tundra that is D-town and now resides in a muggy, mosquito-infested, hope-you-like-frizzy-hair swamp community with her husband, her two wonderful boys, and an enormous English Mastiff named “Stella Bellum Patronus” who is probably laying on Meghan’s feet at this moment. She is currently working on her next novel between bouts of playing Tetris, having tickle fights, and eating good dark chocolate. And maybe watching South Park reruns. Because if there’s one thing she’s quite certain of, it’s that it doesn’t pay to be too serious.

Want to keep up with new releases?

*Everything on this site is copyrighted. Written words or photos may not be used without written consent of the author. 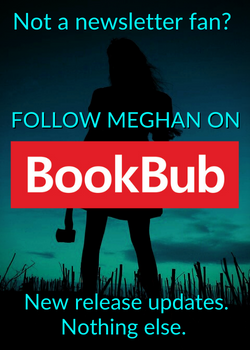