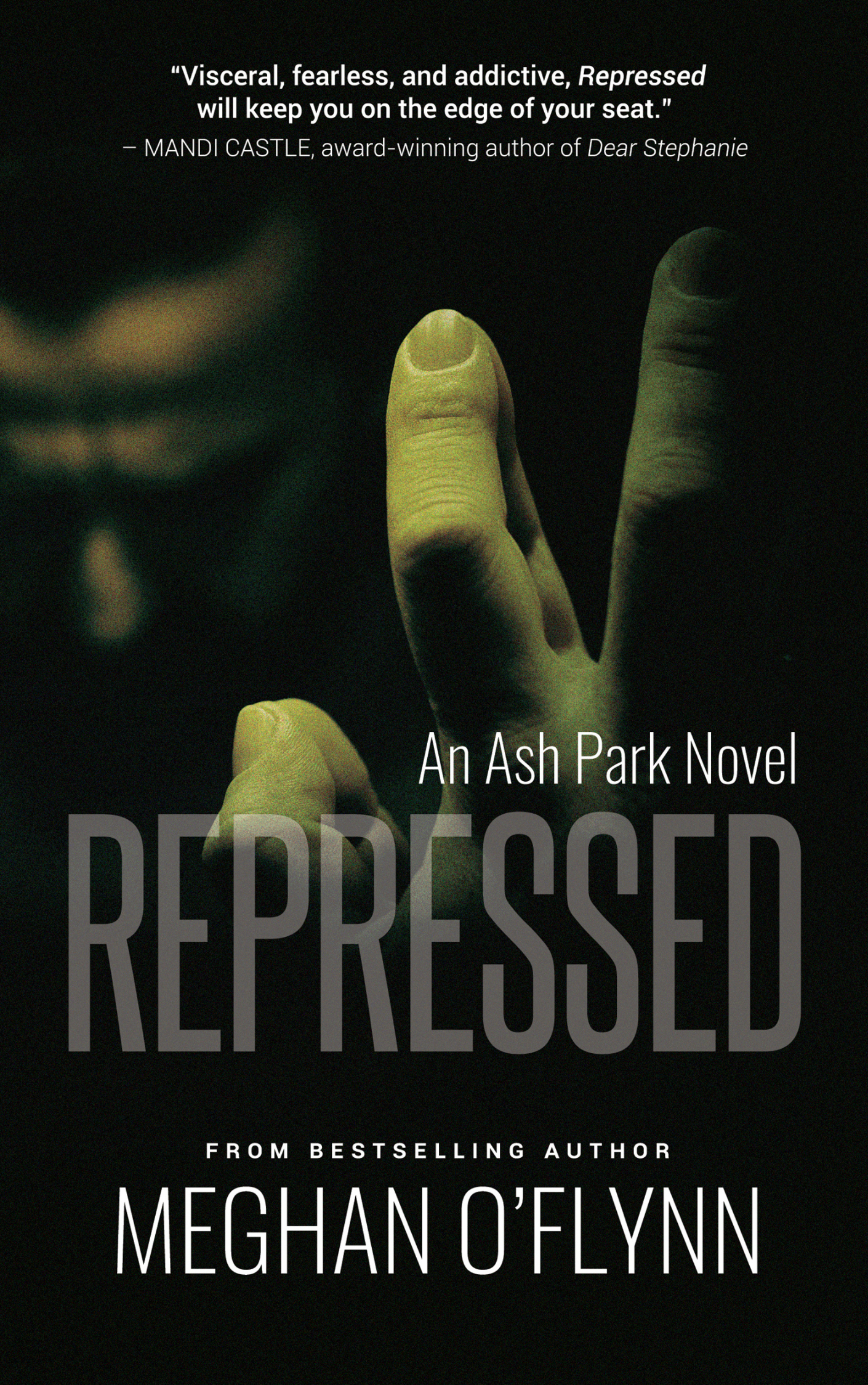 “Visceral, fearless, and addictive, Repressed will keep you on the edge of your seat.”
~Bestselling Author Mandi Castle

An idyllic family. A detective with a past. And the sadistic kidnapper hell-bent on destroying them all.

WHERE YOU GO, YOUR PAST FOLLOWS.

For once in his life, Curtis Morrison has it good.

A newly-married detective on the Ash Park police force, Morrison spends his days working to heal the ails of society to make up for his own checkered past. But though he’s come a long way from a life of deadly, bloody secrets he can’t fully recall, not even his wife and baby daughter can silence the old addiction still rattling around in his brain.

And he’s about to learn that a history like his is not the kind you can escape from.

When his wife and child go missing, Morrison finds himself dragged into a nightmare game controlled by a sadistic monster hell-bent on making him pay for sins he’s repressed for nearly twenty years. Whoever took his wife isn’t after her—they want Morrison to suffer. And with each day that passes, his family’s situation grows more dire.

Now Morrison must explore a past he’d hoped he’d left behind to save the people he loves, awakening the beast he’s tried so hard to forget. What he uncovers is far worse than he imagined, every clue dragging him away from the life he’s painstakingly built and back to a place he’d very nearly succumbed.

The clock’s ticking. And this time, he might not make it out alive.

This dark and gritty third novel in the Ash Park series from bestselling author Meghan O’Flynn will keep you awake far past your bedtime.“A worthy heir to Patricia Cornwell and Tana French… Repressed is a heart-racing reminder that some people aren’t who they seem to be.” (NYT bestselling author Andra Watkins)

“Repressed is O’Flynn’s latest and most chilling installment in the Ash Park series. If you weren’t already a fan, she’ll hook you with this one… and probably slice, dice, and filet you as well. You’d better glue your eyelids open before you start reading because you won’t want to look away.”
~Bestselling Author Mary Widdicks