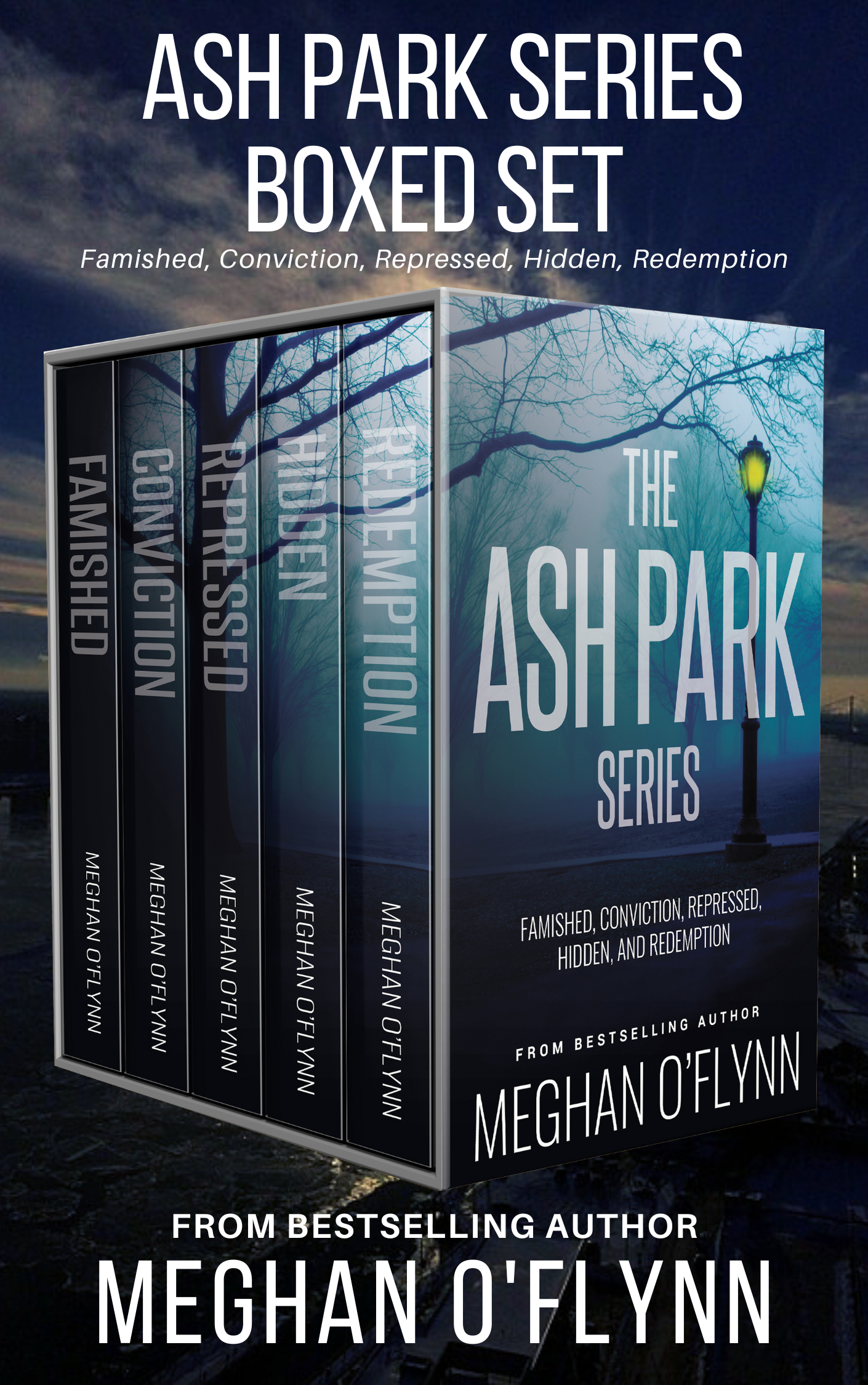 Do you love gritty crime thrillers that keep you guessing until the end? Get the Ash Park series, where nothing is ever as it seems. This 5 BOOK BOXED SET includes five thrillers in bestselling author Meghan O’Flynn’s Ash Park series — over 1,800 compulsively readable pages.

Hannah hoped the suburbs would offer shelter from the darkness she left behind. When a bloodthirsty killer strikes close to home, the police chase an anonymous perp — but only Hannah knows the truth: Her past has caught up with her.

District attorney Shannon Taylor learns she may have helped convict an innocent woman of murder — and her career nightmare turns personal when the real killer targets her family… Will her persistence free an innocent woman? Or will her pursuit of the truth turn her family into helpless targets in a madman’s game?

When detective Curtis Morrison’s wife and daughter vanish, Curtis realizes the kidnapper is tied to his own unsavory, half-forgotten past. Now Morrison must explore a past he’d hoped he’d left behind to save the people he loves, awakening the beast he’s tried so hard to forget. What he uncovers is far worse than he imagined, every clue dragging him away from the life he’s painstakingly built and back to a place he’d very nearly succumbed. The clock’s ticking. And this time, he might not make it out alive.

After an elderly woman is murdered, detective Edward Petrosky must piece together the baffling clues — but the discovery of a new victim points toward the return of a ruthless killer from his past. Detective Petrosky must risk everything he holds sacred to track the most sadistic killer Ash Park has ever seen, a man whose thirst for carnage extends far beyond mere bloodletting. But saving innocent lives will require an unbearable sacrifice. One from which he may never recover.

For five long years, Detective Petrosky has been haunted with guilt over losing a woman he swore to protect to the clutches of a serial killer. But with his own daughter’s murderer still out there, tracking down the sadistic culprit could finally bring redemption. And when Petrosky goes, he’s taking that bastard with him.