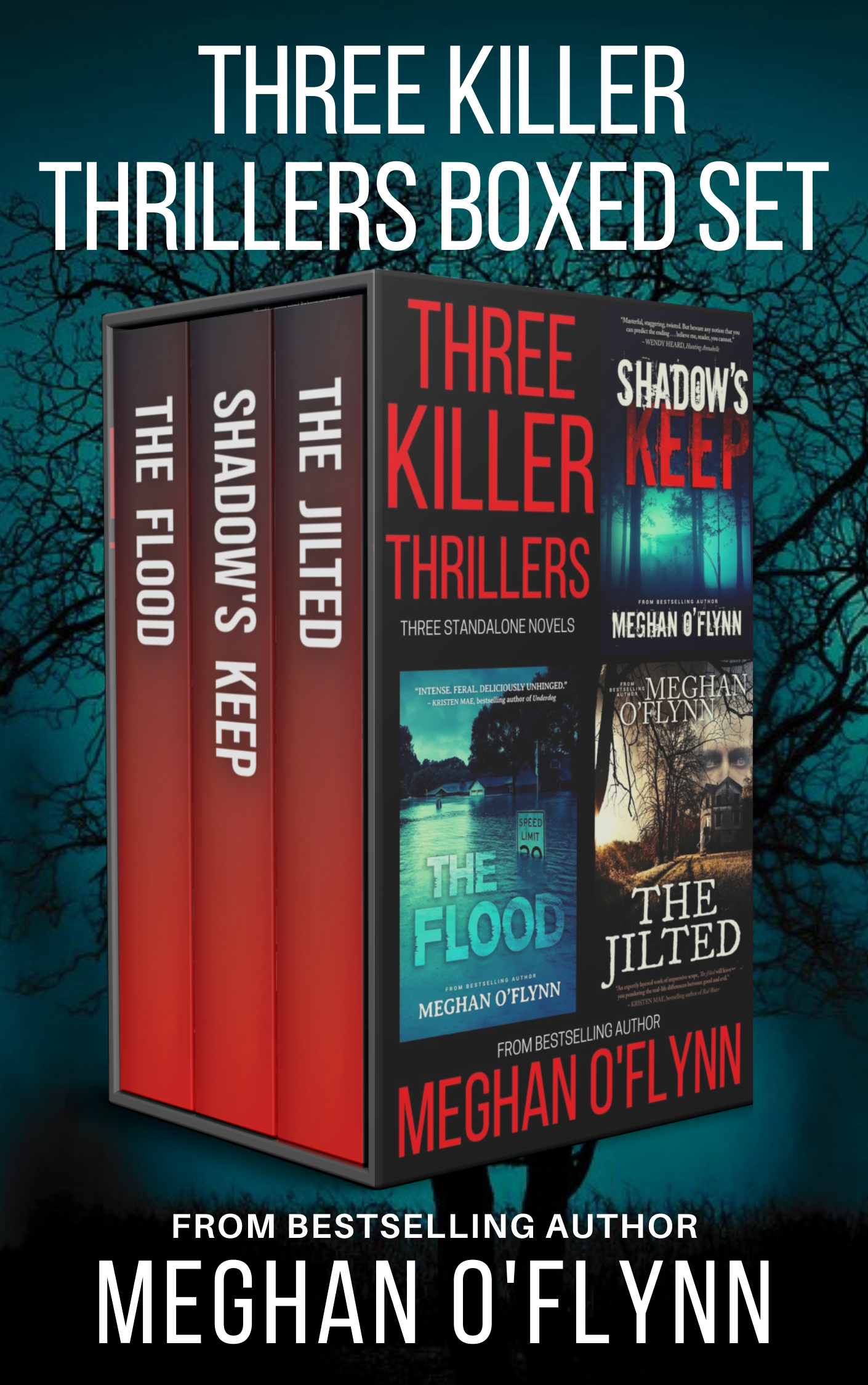 “Wonderfully twisted… sucked me in, made my skin crawl, and kept hold of me. I couldn’t put them down.”
~Trisha Reynolds, Wide World of Books

The small town of Graybel, Mississippi, is a peaceful place, with acres of farmland, neighbors who always take care of their own, and noise from the outside world muted by a hundred miles of forest.

That silence is about to be broken.

When a child is found mauled to death, the medical examiner deems it a dog attack. But Detective William Shannahan can’t shake the feeling that a human killer lurks in the shadowed woods. And each clue he uncovers brings him closer to a truth more horrifying than killer beasts. For concealed beneath small-town politics is knowledge that will shatter everything he knows to be true about his town—and the people in it.

Seven people. A locked storm shelter. Inevitable starvation. What could you do to survive?

For three days, Victoria Larson and her husband, Chad, have watched their coastal Louisiana town turn into a lake, battered by an unprecedented series of hurricanes. Just when all hope seems lost, a rescue boat emerges through the driving rain. Soon, they are bedded down with a ragtag group of other evacuees to wait out the storms.

But it isn’t long before Victoria notices a few things seem…off. The cement bunker has a door that locks from the outside. Many of the boxes of food don’t contain food at all. The bottles of water smell like rubbing alcohol. And everyone in the group has a secret; even Victoria’s husband seems to have known their captor prior to making the trek to the shelter. And some of her fellow prisoners are far too intent on defending the woman who locked them in this dungeon. Are they storm victims like Victoria? Or are they accomplices in a sick game?

A vanished loved one. An ancient evil. And only one woman knows the two are connected.

It’s been two weeks since Chloe Anderson’s fiancé, Victor, disappeared, and each night since, Chloe has awakened from the same horrible dream. She writes it off as stress, but when she’s sent to do an antiques appraisal on the outskirts of New Orleans, she feels the energy of the sprawling plantation like an icy hand on her back. Perhaps it’s the plantation’s mysterious owner triggering her long-dormant intuition. But intuition doesn’t explain the terrifying visions that now plague her waking hours or the mutilated girl who stalks her from the shadows, vanishing when Chloe tries to speak to her. And the voices…

Is this what Victor meant when he told her he’d felt possessed? Is she losing her mind the way he did?

Chloe must look deep within herself, summoning a power she’s tamped down since childhood, because the thing that took Victor is a vicious darkness more ancient than the horrors that seep from every branch on the white-washed plantation. And if she cannot defeat the evil, if she succumbs to the madness, the creature stalking the town will take Victor, take Chloe…and make sure no one leaves Cicatrice alive.